"I want to build the next generation of Georgia fundraisers, especially women, Black women, and people of color. Women who are running want women on their team. Women need to be a part of this movement. One day, when Jon Ossoff's baby girl decides to run for Senate, she'll have kick-ass women to help her get there. And we will have put that foundation in place."

Briale Harris – campaign finance superstar – has some of the strongest passion we've seen. What led her here?

Like so many others, Bri got into the campaign space by volunteering in 2017, specifically for Atlanta's mayoral election. She phone banked, knocked doors, and worked to get out the vote in her hometown. While this inspired her, it made her want to do a little bit more, and land a designated role on a campaign. Cue Stacey Abrams' groundbreaking run in 2018, where Bri served as a Finance Assistant, learning how to conduct proper donor research, pick the right donors to call, and more. That opportunity rolled into one after another: Sarah Riggs Amico for Senate, Zahra Karinshak for Congress, and then her big break as Amy McGrath's Deputy National Finance Director. 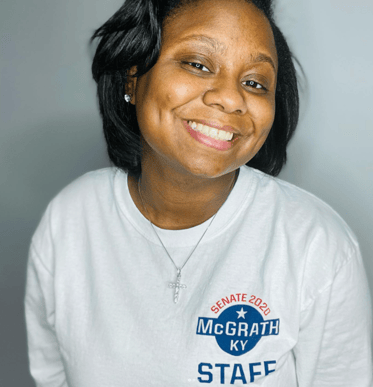 On McGrath's team, Bri was exposed to folks at the national level (and, quick plug, the GA Insider Job Board helped her land that job!), which not only allowed her to learn a lot, but set her up for success in the years ahead. After a few years of grinding on campaigns, Bri joined Grassroots Analytics for a time, then helped lead Nida Allam in NC-06, and recently ended up back in Atlanta, serving as Finance Director for the Georgia Democratic Party.

When it comes to strengths and innovations that Bri brings to the table, there's no shortage.

"Efficiency with call time is definitely one of my biggest assets," Bri says. "I learned from a lot of great people – like Liz Post – about the basic skillsets that were needed. Each day I take that, I add hustle, and that allows me to create additional tools and resources to ramp up the game."

Throughout the conversation, one of Bri's passions was consistently in the forefront: her goal of helping guide Black women and women of color through the campaign finance space, teaching them everything they need to know, and passing the torch for them to carry in the years ahead.

"Democrats have to continue teaching the next generation. Good staff burn out. Good staff is so hard to find, no one is training them or bringing them to the table, and the first group to be left behind is Black women and other women of color."

So what's next for Bri? She just started with the Democratic Party of Georgia, and her goal is to help build a foundation there. So many people don't take the time to recruit, find, and train great candidates or staff, and she wants to change that.

Bri's goal is to build the next generation of fundraisers, and for that generation to be spearheaded by Black women. We will do everything in our power to make that goal a reality, and encourage you to, too. 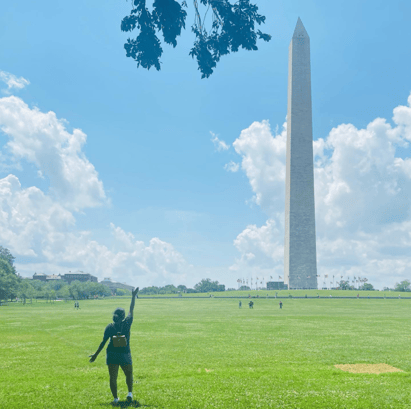