Elvin Bruno, Jr. is non-stop, in the best way possible. 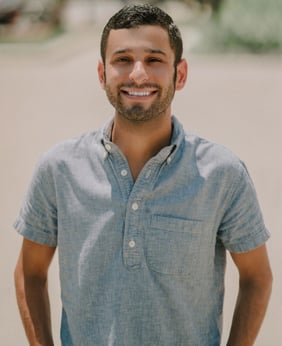 The narrative behind Elvin’s rise as an inspiring individual starts with his mother, a single Latina who worked multiple jobs to provide for her children. Boosted by her hard work, his ascent took off on the political side when he attended his first protest – in eighth grade! He spearheaded the efforts of his middle school community to oppose the wrongful termination of a well liked teacher, and was able to secure representation by the American Civil Liberties Union (ACLU).

This marked the first experience of Elvin using his voice and serving as an activist. At 16, he began working full time for the Alex Morse for Mayor campaign. This launched his career – since then, he’s worked on dozens of campaigns in different capacities for local, state and federal races. He has also worked for a national nonprofit organization centered on combatting sexual violence on college campuses.

“It is an incredible non-traditional avenue for campaigns to raise money from new donors. We launched in the beginning of June 2021 after piloting it internally with a few GA clients,” Elvin said. “Just in June we were able to help eight clients raise nearly a quarter million dollars from over 5,000 contributions directly through text messages.”

Elvin is an individual who knows how to get things done. We’re excited to see his P2P service taking off and are looking forward to working with him in the upcoming cycles.