While sitting in Happy Valley, PA, Gabby Giotto got the call that would alter her future in politics forever. When asked if she would volunteer for Hillary’s campaign, Gabby jumped at the opportunity. This led to serving as a fellow for Hillary at Penn State, and ultimately becoming the staging location director. What did she fall in love with the most? 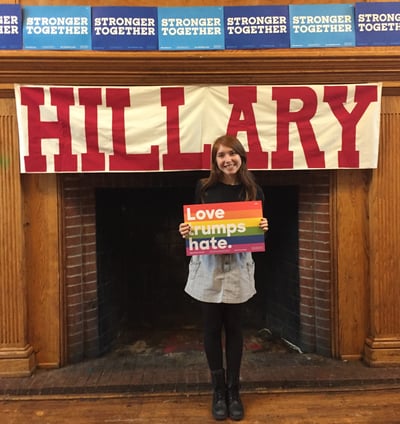 “It’s the camaraderie that keeps me coming back to campaigns. Hillary’s [campaign] was the first time I was surrounded by so many people that all shared the same passion for politics that I did. It was obviously such an important race, and shifted so many people’s mindsets, including mine.”

Gabby changed her major to political science, and knew one thing: she wanted to work on another presidential campaign. Once she saw then Senator Kamala Harris questioning Brett Kavanaugh in his confirmation hearings, she was in awe. So when the opportunity presented to join Kamala’s team in New Hampshire, Gabby jumped. When the team disbanded quickly and unexpectedly, Gabby found herself back in Pennsylvania as operations director with Progressive Turnout Project. She then ran Erika Strassburger’s re-election campaign for city council, where she focused on voter turnout in an unopposed race. Ultimately, Gabby landed with Jerry Dickinson.

“I called Jerry and I said, ‘Listen, I have no experience with finance, but I know I can hustle, make connections, and get the job done.’” And that she has. Gabby has climbed from finance assistant, to finance director, and finally settled in as deputy campaign manager. A source tells us that Jerry calls Gabby “the Finance Czar” in and around the calltime room. 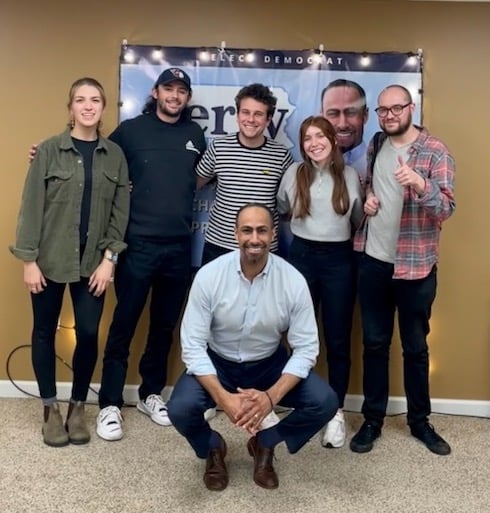 Because of her time organizing, Gabby brings an ability to adapt and be flexible, but, first and foremost, the asset of knowing how to work with people.

“Every position I’ve held has let me take my base-level job and enhance it with my network, taking relationships and using them to campaign’s benefit. I’ve been able to use my reputation and bring that to the campaign no matter where it is.”

When asked what advice she’d give to others looking to pursue careers in campaign finance, Gabby thinks it’s incredibly important to start with field or organizing so you get a sense of how the campaign works at the ground level.

“Field is one of the toughest jobs. It gives you an appreciation for the people who do it day in and day out, but it also gives you resources to go up from there.”

“You’re never going to agree 100% with your candidate, but keep a level head. And learn how to maintain self-care – you have to take care of yourself before you can truly help others.”

We’re hopeful Gabby and the team will help Jerry seal a victory this May – keep an eye out for the good work they’re doing in PA-12. 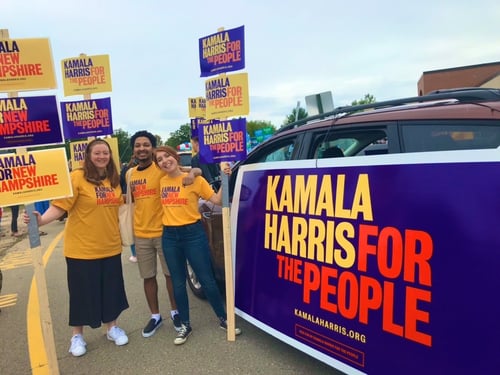 Know any rising stars on your team? Send them our way – they could be our next spotlight!