When Trump was elected, everything changed. Like so many others, Rio Diaz wanted to get as involved as possible. He interned with the National Democratic Training Committee, which jump-started his involvement; he would go on to intern for Kim Walz, be part of the Obama Foundation's Community Leadership Corps program, and ultimately join the DNC’s Organizing Corps.This is where his path in politics really took off.

“I was based in the Wisconsin cohort, and ended up working as a field organizer for the Democratic Party of Wisconsin in 2020. Nothing was more important than winning the 2020 election, and making sure Wisconsin played a vital part in that.” 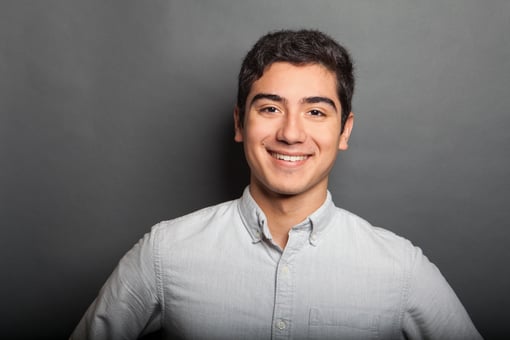 Rio is part of GAC’s Finance Staff Match Program, which focuses on advancing careers for diverse, young talent interested in the campaign space. Rio was matched with Mandela Barnes’ campaign for Senate, where he serves as a call time associate. While the majority of what he does is prep for call time (he’s admittedly very organized and efficient), Rio also wears many hats on the Barnes campaign.

“I’m able to use my experience as a field organizer to help in other ways – like leading events, helping with the fellowship program by recruiting students from universities in Wisconsin, and helping scale donors up the ladder of engagement.”

When asked what he’s most proud of, the answer came quickly and easily. “We raised over $1.1 million in our first quarter (Q3 2021), which is the most any first-time Senate candidate has raised in Wisconsin. Mandela had no self-contributions, and still outraised the other candidates in the primary, two of which are largely self-funded. Our average contribution is less than $50, and we’re building a wide coalition of donors and supporters. What drew me to Mandela is how he focuses on leading with values, something we need to focus more on as a party [rather than how bad our opposition is].”

Rio also wanted to give a shoutout to his fellow call time associate, Adam Green, who serves more as a call time manager than associate. “Not only does he make sure Mandela’s on top of his game, pushing him day in and day out, but he also makes sure back-end coding is done right on the digital front. We’re really lucky to have him.”

Keep an eye out for big things from Rio – and Adam – as they work to make Mandela Barnes the next Senator from Wisconsin.