When it comes to rising star staffers, Tali DeGroot would be hard to overlook. Tali started her career at J Street, where she headed up fundraising in the Capital/South Region for the organization's 501c3, 501c4, and PAC. Following a three and a half year stint on the nonprofit/PAC side of politics, Tali moved to Laredo, Texas to serve as Finance Director for Jessica Cisneros' historic attempt to defeat Henry Cuellar. Using top call time techniques, Tali and her team helped Jessica raise more than $2 million in the 2020 cycle. When asked what she'd take with her from one campaign to the next, or even to her career outside of campaigns, Tali said, "Campaigns teach you that you have such a short amount of time to get things done. You develop a pretty strong muscle for trying new tactics and seeing what works, what sticks, and what should be tossed to the side." 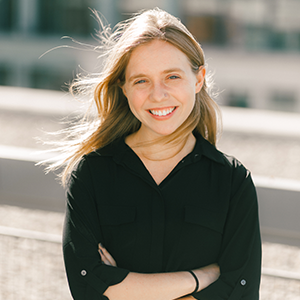 This experience teed her up well to run Nina Turner's finance team in OH-11's 2021 special election, where they raised more than $6.1 million in the attempt to win Marcia Fudge's former seat. Tali helped lead an innovative switch from broadcast to in-house P2P texting. It became a more personal communication – the team was able not only to reply, but also to have it be an immediate and personal response. A/B testing showed 1.5 to 2x as much return from P2P than broadcast, and the results spoke for themselves.

What are some tips Tali would offer folks starting out on the finance side of campaigns? "You have to be creative and figure out what works for your candidate," Tali said. "For example, with Nina, we scheduled call time. With smaller, scrappier campaigns doing 60 hours of call time per week, triple and quadruple dialing help the candidate not only feel less alone, but it's more fun for everyone." She also emphasized how important it is to find the right candidate for you. "You want to believe in your candidate. Do little projects for them that get them not just through the campaign, but through the day."

Tali isn't sure exactly what she's going to do next, but she'll definitely stay in the progressive space. Keep an eye out for Tali's next moves!