It's a new season, which means... new interns! We are thrilled to welcome six new faces, all from different backgrounds, regions of the country, and general walks of life.  Read on for a brief summary on each of our spring data analysts.

Sarai Arriola-Jacob
Sarai (she/her/hers) is a proud Atlanta native with an evident passion for community service. She is also a proud Afro Latina with African American and Honduran (Garifuna) heritage. She has served in a diverse set of roles including serving as lead Drum Major of her high school marching band, contributing content to a teen media collective, volunteering at her local library, and founding a tech startup. All of these experiences have solidified her unwavering belief in the power of service and equity. She has transferred these morals to a vigorous passion for politics and policy that promotes racial equity and growth among communities who have historically been ignored. She believes equitable campaign funding is an integral part of her life's purpose, which is to help level the political playing field and develop communities.

India Awe
India joins Grassroots Analytics while finishing up her last semester at American University in Washington, D.C. A Rhode Islander and lover of all things New England and the outdoors, India is passionate about climate action and sustainability. Previously, India worked as a finance intern with Joe Cunningham for Congress, where she helped the campaign set a fundraising record for congressional races in the state of South Carolina. India just spent a semester abroad in Copenhagen where she studied Danish politics and traveled through Europe. 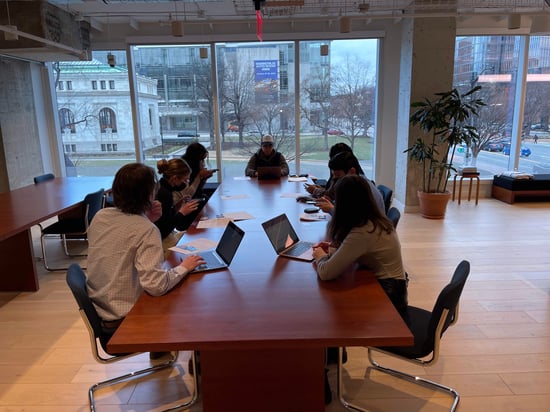 Kamila Cuevas
Kamila is a Massachusetts native pursuing a Bachelor’s in political science at Boston University. She has gotten the opportunity to work on several campaigns, and has worked as a research assistant, exploring social justice issues ranging from mass incarceration, women's reproductive rights, and voting rights. Kamila's passion for progressive politics has lead her to be an advocate for social justice in and outside of her professional life, and she is excited to join GAC and actively work to help democratic campaigns get fundraising support, to help them mobilize votes and propel democratic leaders into office.

Christopher Dorado
As an Arizona native, Chris is passionate about ensuring that leadership at all levels reflects the demographics of his communities. He is currently a student at Georgetown University, pursuing a major in Regional Studies in Latin America with a minor in Spanish. Having previously worked as an intern on the civic health team at the Center for the Future of Arizona, he is excited to further work with ensuring the health of democratic systems.

Owen Turnbull
Owen is a current undergraduate student at the University of Maryland. Studying both Political and Data Sciences, Owen hopes to integrate his knowledge of statistics and politics in order to assist progressive campaigns around the country. Prior to this internship, Owen worked for Maryland State Senator Ronald Young as a legislative aide. He has also worked extensively as an aid in the Maryland Senate.

Josh Vera O'Steen
A proud Seattle native, Josh joins Grassroots Analytics with a strong background in statistics and previous internship experience in political consulting. He helped conduct research on legislative behavior at American University’s Center for Data Science and has done academic research on voter microtargeting. As someone who cares deeply about progressive causes, Josh is excited to be helping progressive campaigns win across the country. 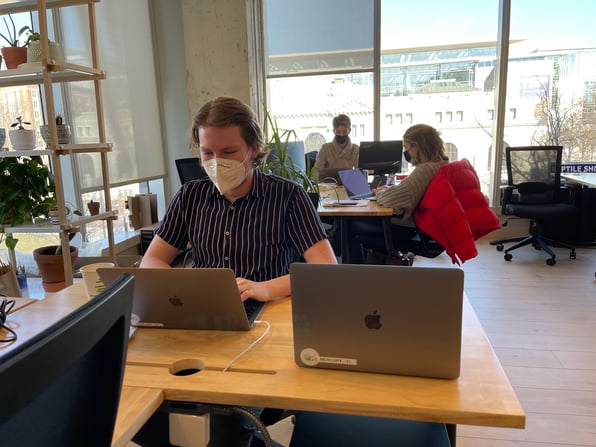